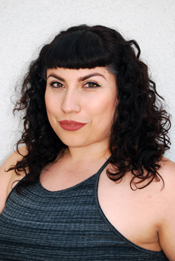 by Samantha Quintanar
As a Mexican-American woman, Cumbia is a dance that represents motion, fluidity, and sensuality. It is often a crowd favorite at my family’s parties and other cultural gatherings. During La Grigliata (Grill Fest), I heard the DJ announce “Cuuuuuuuuumbia,” which made me want to get up and dance.

As I saw the crowd flock to the dance floor, I was taken aback. While the Cumbia beats were the same as those I’m used to, the corresponding dance was much different than I expected. The locals began a very elegant waltz, which to me, felt counterintuitive. It was stiff and people took the dance very seriously (almost to the point where it didn’t look fun).

The Italian Cumbia was not a dance I wanted to attempt. I feared if I tried it my way I would be met with sharp glances from the locals. My sassy, hip-rolling Latin Cumbia moves would have to wait and I remained in my seat.