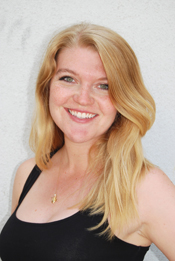 by Kailee Dunn
After stepping off the plane in Florence, I felt complete amazement. The history of the city is not only something you see but something you feel. With buildings dating back almost a thousand years, Florence is the last place I imagined I would be taking part in an Italian progressive movement. I was sipping my first glass of Italian vino when I spotted a Fatti di PRIDE parade- also known as a pride parade.

What first caught my attention was a man who walked by the restaurant I was dining at in a yellow corset and black fairy wings. As this was not what came to my mind when I thought of Italian men’s style, I kept my eyes glued on the road. A minute later a group of people walked by waving small rainbow flags. Intrigued, I followed the crowd of people. They led me to a piazza where the parade was about to begin. 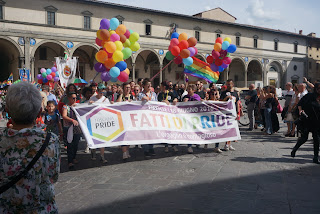 Some people painted rainbow flags on their faces while others sported brightly colored wigs and vibrant clothing. Smiling and cheering on the parade marchers, parade-goers of all ages lined the ancient streets. Two men wore shirts that read, "We are Orlando." 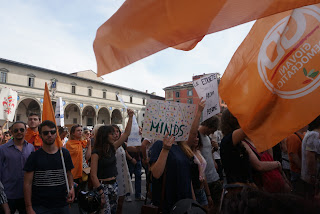 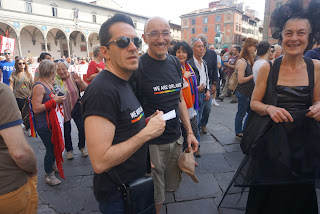 This event impacted me because I had this notion that the United States is the only progressive country. While Italy is rich with culture and history, the country is not stagnant. These activists were making their own history.
Posted by giovanni at 11:13 AM