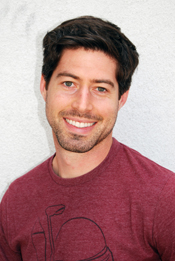 by Nick Stjern
American citizens are notoriously famous for overworking themselves. This ideal is so ingrained in our culture that New York has become known as “the city that never sleeps.” However, New York is not alone. Other cities are filled with grocery stores that are open around the clock, which allows for people to live their lives in an unrestricted way.

A slightly different tradition has been adopted in Italy. The country seems to have a less ambitious attitude towards work. Every day, cities around the country press pause for about 3 hours. Pausa – which begins at about 1 PM and ends around 4 PM – allows people to have a break in their workday. During this time, locals may find it difficult to fully enjoy themselves on their trip to small Italian cities. Mid-afternoon is typically a busy time of day in the United States. However, shopping and lunches need to be placed on hold and it may be difficult to satisfy any afternoon cravings for gelato.

It is true that Italians may not work as many hours throughout the year as countries like America, but I believe the hours that are worked in Italy may be of a higher quality because employees are not overworked. I can’t think of a single instance where I have been treated badly by an employee in Italy and I’m saying this as a foreigner who doesn’t speak much of the language. On the other hand, I can recall several times that employees have been less than accommodating in the United States – where there is not a language barrier to work around. I know it may be difficult for Americans to adapt to, but they should appreciate the quality of the service they are getting from the well-rested Italian citizens.